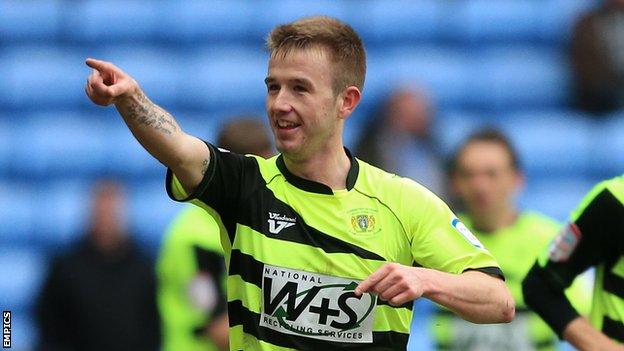 Paddy Madden scoring the winner as Yeovil moved up to third in League One with a narrow victory over Shrewsbury,

But Madden took his tally of goals for the season to 23 with a stunning solo effort, keeping Gary Johnson's men in touch with the top two.

A play-off place looks more likely, however, for the Glovers, who are seven points behind leaders Doncaster and five behind second-placed Bournemouth, who both won on Saturday, but the victory took them five points clear of Tranmere in seventh.

"It's a great position to be in. We have consolidated our position in the play-offs.

"That gives us a nice little buffer just in case we make any mistakes along the way.

"With four games left it's a credit to the boys that they've seen it through to this stage of the season and are still in an excellent position."