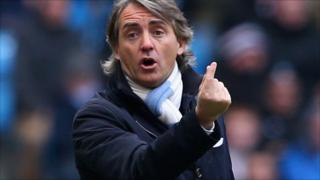 However the Blues boss jokes that they have found their form "too late" to have any hope of retaining their Premier League title.

Despite trailing Premier League leaders Manchester United by 15 points, City have the best defensive record in the Premier League, conceding only 26 goals in 30 games and keeping 14 clean sheets.