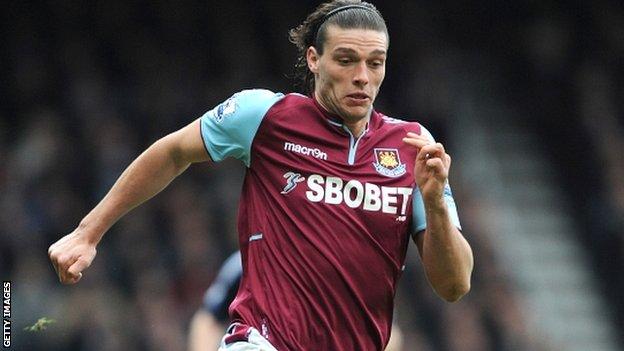 The 24-year-old striker scored twice in West Ham's win over West Brom but is due to return to Liverpool in the summer after his season-long loan.

Asked about the chances of the former Newcastle targetman staying, Allardyce said: "There is always a possibility.

"We will look at the end of the season and we will see what negotiations can be done."

He was signed to replace the departing Fernando Torres following the Spaniard's £50m move to Chelsea but failed to establish himself at Anfield and has since lost his place in the England squad.

The 6ft 3in forward featured in only two matches under new boss Brendan Rodgers this term before joining the Hammers in August.

His brace against the Baggies took his goal tally to five for the London club and Allardyce said: "That was the best we have seen of him here, because he has put two goals in, on top of a good performance.

"I hope this kicks him on to being a regular scorer for us in the next eight games.

"He is in a good frame of mind now and, finally after a long wait, his fitness is good and that's why you are seeing these performances and the goals are coming."