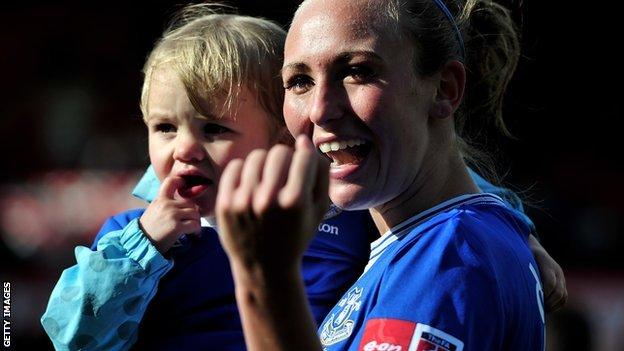 The Super League club were far too strong for their South West Combination opponents at the Kassam Stadium.

Any hopes of an upset were extinguished inside 20 minutes as Brooke Chaplen, Duggan and Michelle Hinnigan scored.

Duggan made it 4-0 before half-time while Hinnigan, Duggan again and Nikita Parris rounded off the scoring.

Midfielder Chaplen started the rout in the 10th minute before Duggan and Hinnigan scored as Oxford struggled to cope with the incessant pressure from the Toffees.

The fourth goal arrived just before half-time, Duggan striking to all-but end the tie as a contest.

The second half followed a similar pattern to the first with midfielder Hinnigan adding a fifth before Duggan completed her hat-trick.

She was substituted soon after but the visitors were still hungry for goals and striker Nikita Parris scored her second goal in two games to make it 7-0.

Everton's win was more than comfortable, but it will be tougher when they face Super League rivals Bristol Academy on Sunday, 14 April for a place in the semi-finals.