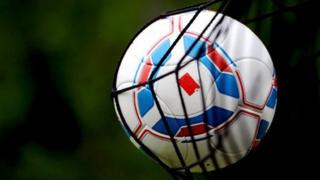 'A magical day for Tunbridge Wells'

They became only the second team from the Kent league to reach Wembley after beating Durham side Shildon 4-3 after extra-time of their semi-final second leg.

Tunbridge Wells were leading Shildon 2-0 after the first leg, but fell 3-0 behind in the second half of the return fixture.

However, Wells rallied with Andy Irvine, who has scored in every round, netting with 18 minutes to go to force extra time, before Perry Spackman grabbed the tie's winner in the 115th minute.

Larkin said: "We can certainly start planning [for Wembley] - club suits, all the things like that. It'll be a good journey home tonight."