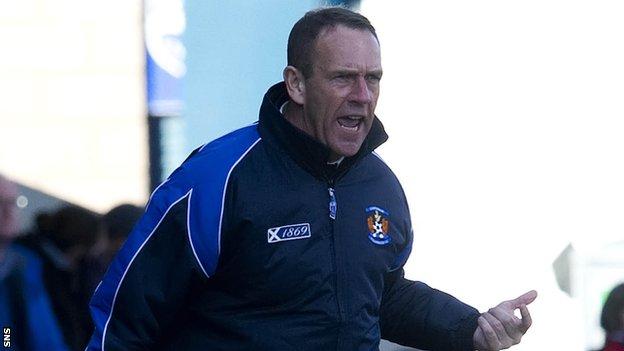 Kenny Shiels believes could be the difference as his players edge toward top-half SPL finish.

James Fowler's second-minute strike was the only goal of the match, earning Killie a crucial three points.

"It keeps us alive for the top six," said Killie boss Shiels. "We knew it was going to be a tough game and we had to defend a lot of direct play.

"I'm delighted that we got the three points."

Kilmarnock are sitting precariously in sixth place on 41 points, level with seventh-placed Aberdeen but having a game in hand over the Dons.

Shiels admitted the performance in Dingwall would have made for anxious viewing for the Ayrshire club's fans, but was necessary given the condition of the playing surface.

"The pitch forces teams to play that way, but we found a different way of winning," said Shiels. "I'm not saying I like it, but our young players learned so much from it.

"It wasn't pretty, but the game was too important for the club and the supporters, so we didn't put entertainment first - but we more or less played like Ross County.

"They have to do this every home game."

County pressed hard for an equaliser but came up against some fine goalkeeping from Cammy Bell.

Shiels set aside some praise for his keeper and said an offer had been made to Bell in a bid to stave off several clubs keen to secure the services of the Scotland international.

"He's always commanding," said Shiels. "He's a really good goalkeeper and we're trying to get him to sign a contract.

"I think we're getting close."