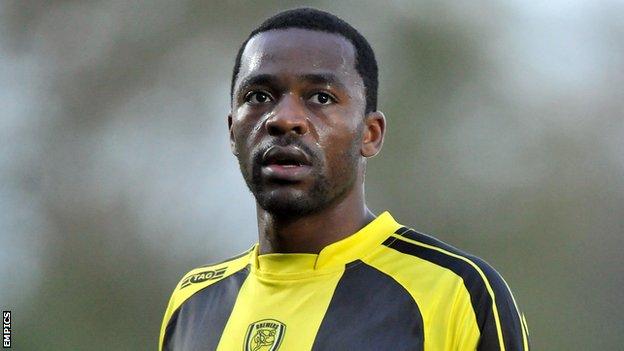 The Brewers, who were thrashed 7-1 by Port Vale last week, went ahead shortly after the break when Maghoma capitalised on a mistake by Chairboys defender Michael Harriman to fire home.

Maghoma's second came when picked up a stray Harriman pass to score.

Burton are now two points clear of fourth-placed Northampton, who have a game in hand.

"That might just be the win that gets us enough points to minimum get us into the play-offs.

"Tonight was almost the pivotal moment of our season. Had we lost again, we could have seen our season just slip away a little bit.

"I've been warmed by the whole performance. It was a magnificent performance in light of the fact we could have been very, very nervy. And who would have forgiven us after the absolute drubbing we took at Port Vale?"