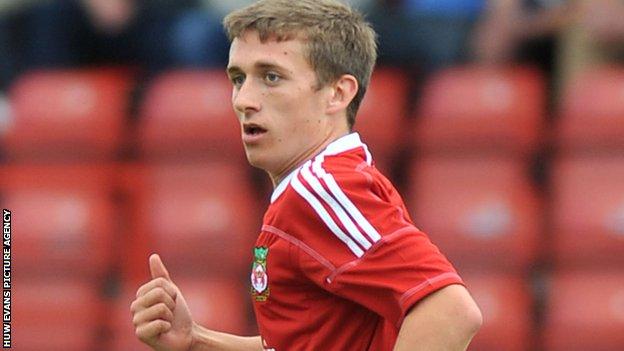 The game's only goal came after five minutes when good build-up play set up Colbeck, who scored after seeing his initial effort saved by Nicholas Pope.

Dele Adebola had chances in either half to extend Wrexham's lead in what was a poor match at the Racecourse.

Andy Pugh and Harrison Dunk went close for Cambridge but Wrexham held on.

Wrexham remain third in the table with three games of the regular season left.

"I thought the lads were great. I'm really pleased for them, it's a good win and we're in the play-offs. They dug in at the end and I thought we probably deserved to win it.

"You want to finish as high up in the league as you can. You play your second game [in the play-offs] at home if you finish third.

"I'm hoping we've learnt a little bit over the last couple of years. I was a bit naïve last year.

"Maybe I've learnt a bit but I'm hoping the players have learnt the same as me and I'm sure we'll be a different prospect this year."