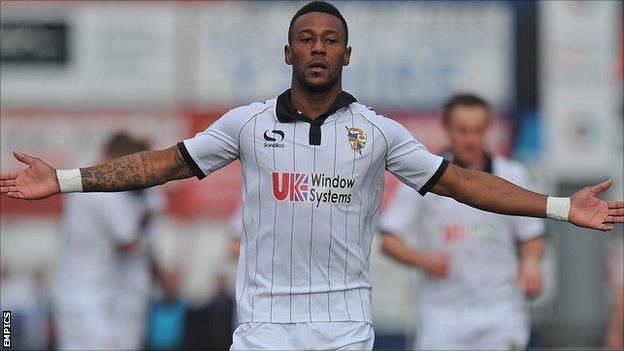 Aldershot boosted their chances of League Two survival after earning a draw at promotion-chasing Port Vale.

Aldershot levelled after Michael Rankine headed the ball down for Paul McCallum, who unleashed an unstoppable right-foot volley from eight yards.

The result means Aldershot are a point adrift of safety with a game in hand.

"Fantastic performance and we're disappointed that we've only come away with a point. We were in control and we stopped them having clear chances.

"We performed just as well in the second half, if not better, and created some better chances and you know people will be going away saying 'how are they bottom of the league?'

"For the nine games I've been in charge, the lads have given me everything, the confidence is growing and they are believing in themselves."