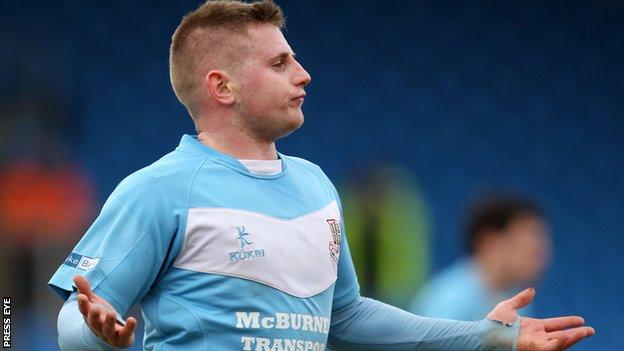 David Cushley scored a hat-trick as Ballymena hammered Portadown in the Premiership clash at the Showgrounds.

Cushley's lob put United ahead and Gary Twigg levelled for a weakened Ports side with one eye on Saturday's Irish Cup semi-final against Glentoran.

A superb 30-yard strike from Cushley made it 2-1 and he completed his treble before Mark Surgenor volleyed in just before the break.

Susbstitute Gary Liggett fired home before poking in to make it six.

It was a much-need victory for the Sky Blues, ending a run of nine games without a win.

Twigg latched on to a long ball and slotted in the equaliser eight minutes later in a rare highlight for the visitors.

Ballymena were quickly back in front thanks to Cushley's excellent strike from a tight angle and the striker finished from Gary Thompson's cut-back for his treble.

Surgenor's goal completed an excellent first half for United while Liggett starred in the second half with a double.

The former Distillery forward fired through a crowd of players on 50 minutes and netted at the near-post 12 minutes later after a defensive mix-up.