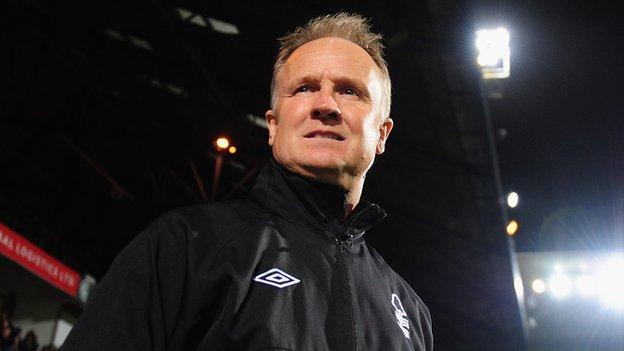 Head coach Sean O'Driscoll says Bristol City must not give up in their fight against relegation.

City are bottom of the Championship, seven points adrift of safety with six games of the season left to play.

Speaking after their 1-1 draw with relegation rivals Sheffield Wednesday, he told BBC Radio Bristol: "We've got to keep going right to the end.

"We can't suddenly give up the ghost because the league position looks like this, that and the other."

O'Driscoll added: "We've fought relegation for two seasons. We need to look at it and go 'where do we want to be and how do we want to get there?'."

City were in the same position when O'Driscoll replaced former manager Derek McInnes in January.

They are unbeaten at home under the former Nottingham Forest boss, but have yet to win away from Ashton Gate.

They travel to 13th-placed Burnley on Saturday and O'Driscoll said: "The next six games will be about whether we can play as well as we have against Wednesday.

"It doesn't really matter where we are, we've got to play like we are top of the league."

Meanwhile, Bristol City managing director Jon Lansdown has said that although they are not giving up hope of maintaining their Championship status, they have prepared for the drop.

"We've prepared for every outcome and it's wise to do so," he said.

"We've gone through a lot of changes and we're trying to put the club in a stronger position in the future.

"We need to make sure that if we do have a blip that we come back stronger, and that's what our focus has been."