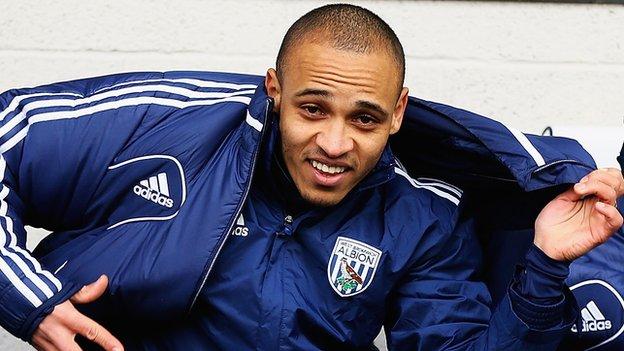 Nigeria and West Brom striker Peter Odemwingie has been labelled a "loose cannon" and urged to "calm down" by ex-Super Eagles coach Samson Siasia.

The 31-year-old missed his country's Africa Cup of Nations success after falling out with coach Stephen Keshi.

Siasia, who worked with Odemwingie at international level, said it was the right decision.

"He's a loose cannon," said Siasia. "I wouldn't invite Odemwingie to the national team if I was the head coach."

Siasia, who was in charge of the senior Nigeria team from 2010 to 2011, added: "We need players that will steer the upcoming ones in the right path and act as role models. If he does not do that, he will only end up destroying the team."

At his club, Odemwingie has slowly worked his way back into the plans of manager Steve Clarke after failing with a bid to engineer himself a move to QPR on transfer deadline day.

But Siasia, coached the Nigeria Under-23s to a silver medal in the 2008 Olympics where Odemwingie was the overage player, still has his doubts about the striker.

"He needs to calm down and understand he now has a wife and a kid who look up to him as an example," he said.

"I pray he matures quickly because Nigerians will want to see him back in the national team."