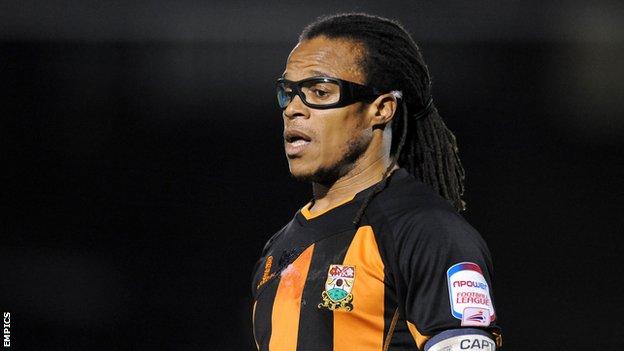 Barnet player-boss Edgar Davids hopes their League Two relegation battle does not go down to the wire.

The Bees, who have survived on the last day in each of the last three seasons, are unbeaten in four games and lie three points above the drop zone.

Davids told BBC London 94.9: "I am all about progress. In the last couple of games we didn't play that well, and we need to work on certain aspects.

"We just want to get the results in. We don't want it to be last-minute."

Barnet moved clear of the bottom two with their 1-0 win at AFC Wimbledon on Easter Monday and the former Netherlands international had praise for his defence, who kept their fourth clean sheet in a row.

"Everything was ugly; the pitch, the game and the goal," said Davids.

"But sometimes you have to take things as they come. The pitch was horrible and Wimbledon gave us a good fight. They were solid and have been for a couple of games.

"I am delighted with the clean sheets. I hope the offense can repay them in the next match."