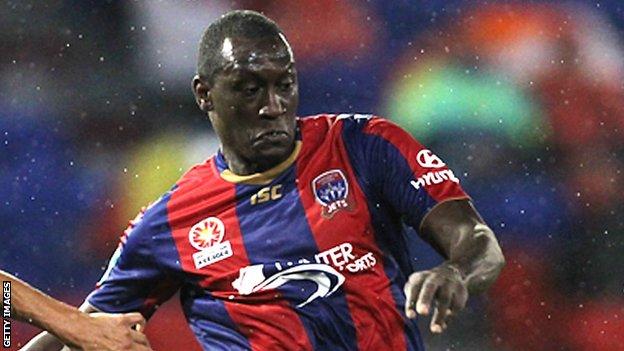 Former England striker Emile Heskey has signed a one-year contract extension with A-League side Newcastle Jets which will keep him in Australia until 2014.

Despite the Jets missing out on a finals series spot, the 35-year-old was nominated as their player of the year after scoring nine goals.

"I'm pleased to be extending my stay in Newcastle for another year," he said.

"I'm looking forward to getting a full pre-season under my belt and helping the push for a finals place next term."

Heskey joined the Jets last September on a one-year deal following his release by Aston Villa, but was unable to help secure a top-six finish which would have led to the chance to compete for the Grand Final title.

He previously scored seven goals in 62 appearances for England and played for Leicester, Liverpool, Birmingham and Wigan.