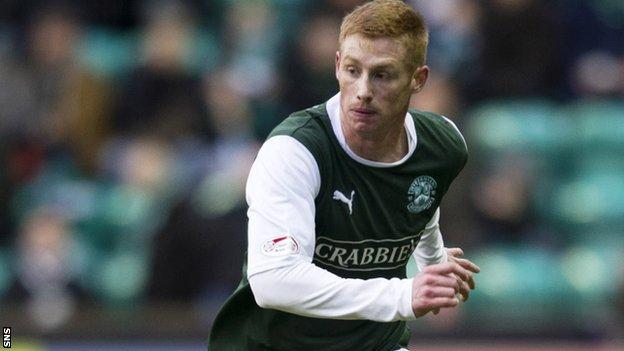 The 25-year-old is out of contract with the Scottish Premier League side in the summer and played under Spireites boss Paul Cook at Sligo Rovers.

The Irishman has nine goals in 45 league appearances, but has not scored in his last 14 games.

Meanwhile, striker Armand Gnanduillet and full-back Richard Brindley are close to new deals with the Spireites.

Both players joined the League Two side on deals until the end of the season in January.