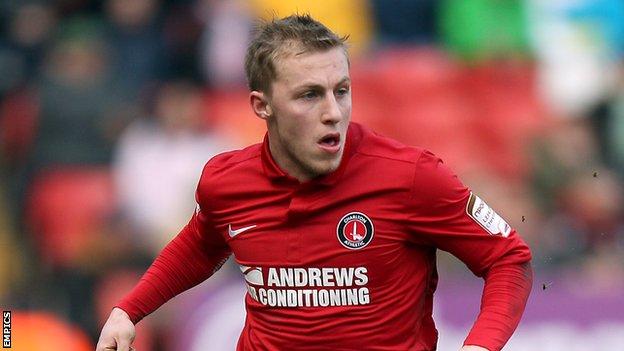 Charlton Athletic boss Chris Powell has praised Chris Solly after the right-back made his 100th start for the club.

The 22-year-old reached the milestone in the Addicks' 0-0 draw with Brighton.

Powell told BBC London 94.9: "He is Premier League [class] defending. I used to pride myself on my one-v-one, I think he tops me and a lot of players.

I don't think you can put a points tally to get because I feel it will keep going. You look at the number of sides that are bunched together and it will be tight all the way

"He is a lad I don't really have to coach because he knows the game. I am very pleased to be his manager because he is a wonderful player."

Solly came through the academy at The Valley and has made 113 appearances since his first-team debut in May 2009.

Powell added: "He is low maintenance and I wish they were all like him. You tell him something, he nods, and you know he's got it.

"I think whatever winger comes up against him might think 'I am going to have a good day today'.

"But at the end of it I am sure they think they haven't had a good game because of how good Chris is.

"He has got great quality and you can't hide it if people watch games. I would say he is a nine or 10 out of 10 in every game."

The point at Brighton on Tuesday lifts Charlton to 14th place in the Championship table.

Although now past the 50-point mark, which is traditionally seen as sufficient to avoid relegation, the Addicks are just four points above the drop zone with six games of the campaign remaining.

"It is just one of those season where it will keep everyone interested right until the end," Powell said.

"I don't think you can put a points tally to get because I feel it will keep going. You look at the number of sides that are bunched together and it will be tight all the way.

"We can only care about ourselves. It is just about getting as many points as you can in each and every game.

"The squad are really displaying their character now which, at this vital time, is testament to all my players."