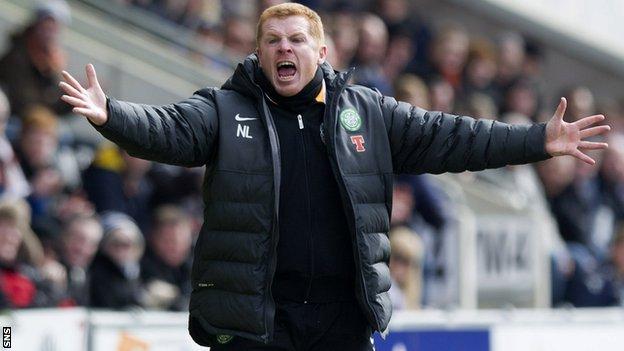 Celtic boss Neil Lennon has been asked to appear before the Scottish FA's disciplinary panel for "misconduct" during Sunday's match with St Mirren.

Lennon has been cited for "repeated use of offensive, insulting and abusive language" in Paisley.

It is understood that the complaint stems from incidents picked up by television microphones.

A hearing date has been set for 18 April and Lennon has until 10 April to respond to the notice of complaint.

The 41-year-old disputed the red card issued to Victor Wanyama for a challenge on Paul McGowan and the award of the penalty from which McGowan equalised.

"That is by far the most appalling refereeing performance I've seen this season," he said. "For both sides.