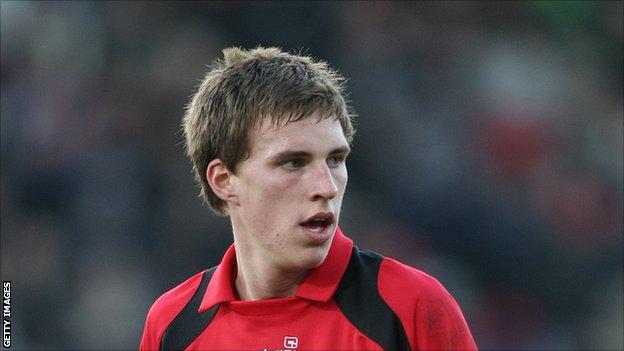 Bournemouth manager Eddie Howe has revealed Joe Partington has been ruled out for the rest of the season.

But Howe says he hopes to develop the 23-year-old, who has played most of his career in midfield, into a defender next term.

His season was ended after suffering a fractured right fibula in training.

"Hopefully this will be the start of an exciting journey for him. We've been really pleased with him," Howe told BBC Radio Solent.

The injury will sideline Welshman Partington for around six weeks after a frustrating campaign that saw him play only 18 times.

"He is developing really well and it is a blow to lose him," added Howe.

"It's a real shame for him because he has developed from what we have seen in training into a really good centre-half.

"The only thing holding him back here is the competition he faces from other players.

"Joe has found it difficult to get many games but we think he has developed in a new position and a position which will suit the attributes he has."