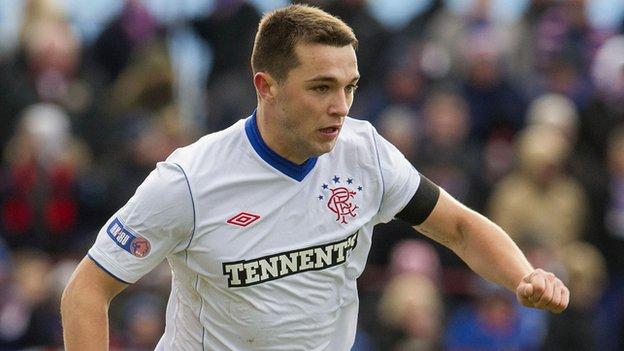 Rangers defender Chris Hegarty has accepted a two-match suspension for allegedly "stamping" on an opponent.

The incident occurred during and the Third Division champions have accepted the ban.

Hegarty, 20, will miss the league games against Queen's Park and Clyde.

The defender, who will return for the visit of Peterhead, has made 27 appearances for Rangers this season.

"Having been a regular in Ally McCoist's side this term after had his first senior appearance in the game at Linfield last May, Hegarty will be disappointed to serve his suspension," the club added on its website.