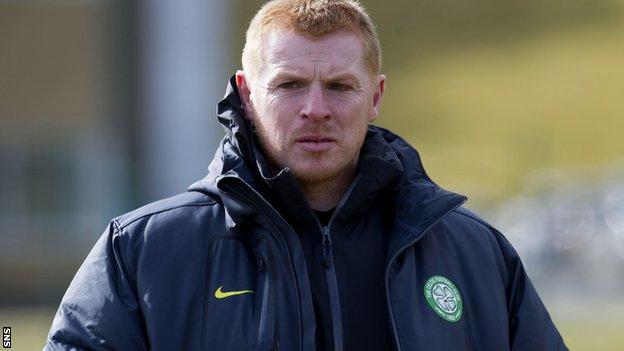 Celtic manager Neil Lennon insists he will defend himself against a Scottish FA charge of misconduct.

He has been called to a disciplinary panel for "repeated use of offensive, insulting and abusive language" during Sunday's match with St Mirren.

"I don't want to say anything to prejudice the case against me," said Lennon.

"I'll speak to the club officials and lawyers. We'll come up with a defence to defend myself as best I can."

It is understood that the complaint stems from incidents picked up by television microphones during the match in Paisley, which finished 1-1.

"Vincent has a job to do and he feels he has to bring this case forward and we will deal with it when it comes around," said Lennon.

"We will make a case and hopefully we will get what we deem to be the right result."

Lennon appears to have avoided censure for his criticism of referee Bobby Madden's handling of the match.

The Celtic manager disputed the red card issued to Victor Wanyama for a challenge on Paul McGowan and the award of a late penalty from which McGowan equalised.

"That is by far the most appalling refereeing performance I've seen this season, for both sides," he said after the match.

The full notice of complaint issued to Lennon was a "failure to behave in a responsible manner as an occupant of the technical area by repeated use of offensive, insulting and abusive language".

A hearing date has been set for 18 April and Lennon has until the 10th of this month to respond.