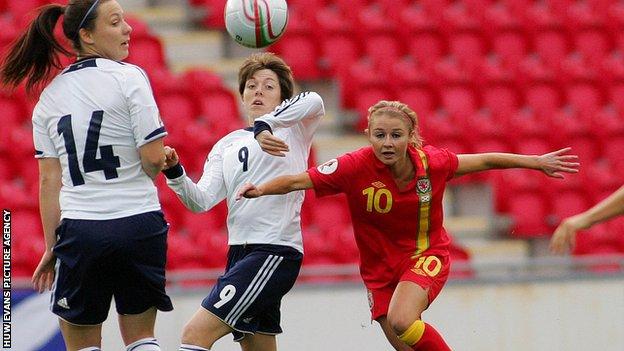 Wales travel to Scotland on Sunday to face a side which beat them 2-1 in the Euro 2013 qualifiers in Llanelli last September.

But Fishlock says Wales are making great strides ahead of the qualifiers, which begin in September

"There is progress - that goes without saying," Fishlock told BBC Wales Sport.

"The fact that we were even in that position for the Euro qualifiers speaks volumes for us. A few years ago we would have been happy to have been in that situation

"But we're at a stage now where that's not our mentality.

"Getting in those situations and losing like we did is not really good enough for us.

"A lot of us still do believe we could have beaten Scotland but didn't play well on the day and that's something we have to live with.

"We will be out for a win but the most important thing is our performance and we'll get out of it what we need to."

Fishlock will be heading out to the United States following Wales' friendly at Dunfermline's East End Park.