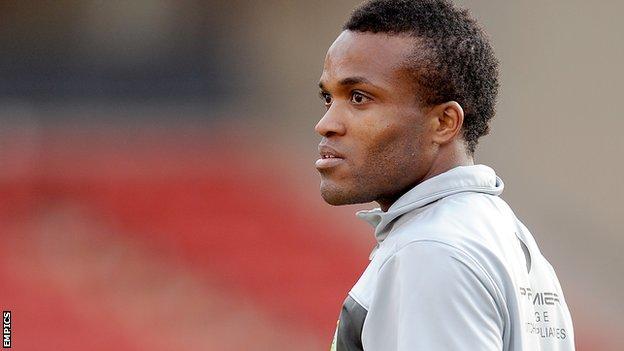 Burnley's Jamaican winger Dane Richards is to join Norwegian side FK Bodo/Glimt on loan for the rest of the season, subject to international clearance.

The 29-year-old, who in January, has made two appearances for the Clarets, both of them as a substitute.

"The club had already signed him when I was appointed," said boss Sean Dyche.

"We feel we have given him fair time to get used to it and give him a taste for it," he told the Burnley website.

"We just thought he was short for what we needed, so the idea of a loan is get Dane out playing again and get him some game time."

Richards has more than a year of his initial 18-month contract to run.