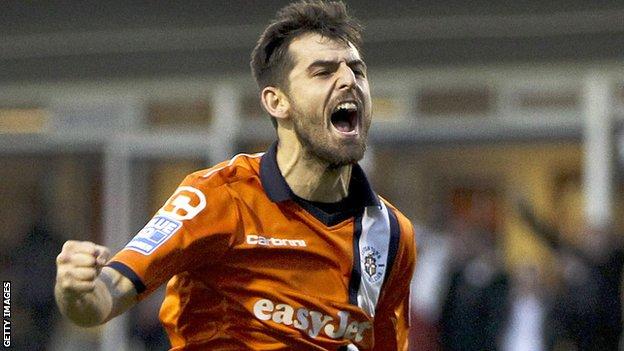 Luton came from behind to earn a draw against promotion contenders Grimsby.

The Hatters almost took the lead after only three minutes, but Andre Gray's header was cleared off the line by defender Ian Miller.

It was Grimsby who broke the deadlock when Dayle Southwell prodded the ball in through a crowded box.

But Luton midfielder Alex Lawless was on hand to power home his fifth goal of the season after the visitors failed to clear Solomon Taiwo's cross.

"It's not very often you'll hear us say it but I was more interested in the performance than the result tonight.

"We're looking at players and how they perform and getting them ready.

"There are going to be some places up for grabs when it comes to naming the team for the play-offs, and it gave us the chance to rest some players who probably needed it."