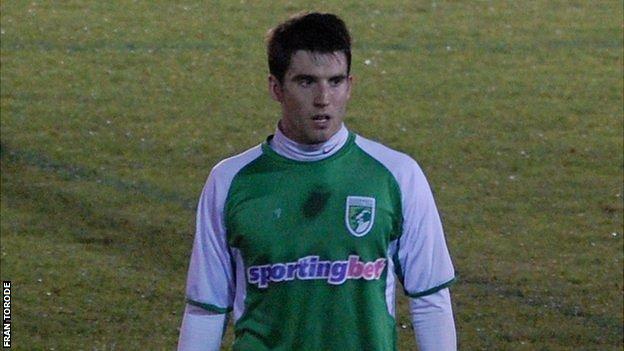 Allen converted a penalty just before half time and added a second for the visitors after the interval.

Friday's encounter was the first of four games in five days for Tony Vance's side, who have eight matches in hand on leaders Egham Town.

Guernsey, who are fourth, this season after their

They host third-placed Cove at Footes Lane on Saturday evening, before facing Camberley Town on Sunday and then travelling to Farnham Town on Tuesday.