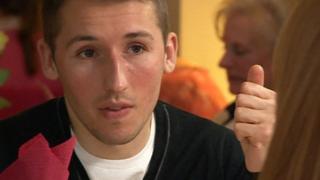 Forest midfielder Radoslaw Majewski, who has been involved in two Championship play-off campaigns, tells BBC Late Kick Off Midlands that he believes the Reds can finally reach the Premier League at the third time of asking.

The 26-year-old Pole, who moved to the City Ground in July 2009, says that reaching the Premier League is his dream - and that Forest are well placed to achieve that ambition this season.

BBC Late Kick Off Midlands is on Monday at 23:20 BST on BBC One and on the BBC iPlayer from Tuesday.