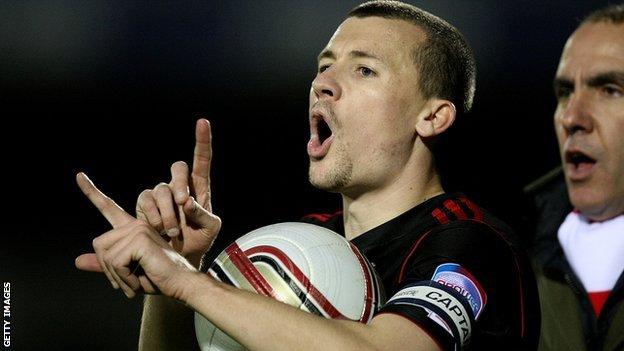 Swindon have turned down bids from Birmingham City for Paul Caddis, BBC Wiltshire has learned.

The 24-year-old defender was sent out on loan to the Blues last August following a public spat with then Robins manager Paolo Di Canio.

Birmingham are keen to sign Caddis permanently but financial issues mean they have only been able to offer Swindon a deal in instalments.

The Scotsman has a year remaining on his contract at the County Ground.

But Swindon want immediate payment and are demanding around £275,000 for the player, who captained Town to the League Two title last season.

Caddis fell out with Di Canio at the start of the campaign and, after being dropped as skipper, moved to St Andrews on a season-long swap deal with striker Adam Rooney.

The former Celtic man has since made 22 appearances for the Championship outfit.

He was called up to the Scotland squad last month, and was an unused substitute in their defeat by Serbia.