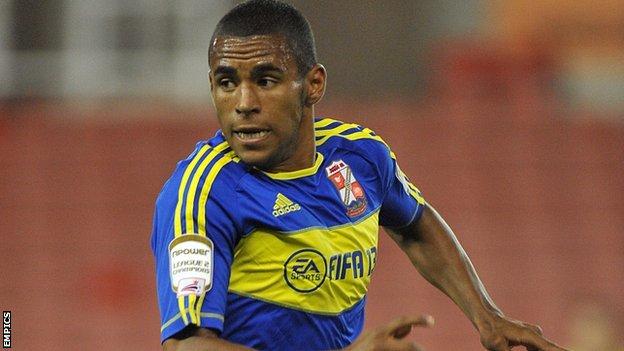 Swindon defender Nathan Thompson could miss the final three weeks of the League One season with an ankle injury.

The 21-year-old was taken off during their 1-1 draw with Oldham on 29 March and scans have returned inconclusive.

And Swindon manager Kevin MacDonald fears the full-back could also be a doubt for the play-offs, should Town secure a place.

"He might have half a chance but at the moment he's out for the last five games," MacDonald told BBC Wiltshire.

Thompson came through Swindon's academy system and broke in to the first team at the end of last season, under former boss Paolo Di Canio.

He has made 29 appearances during the current campaign, but is out of contract in the summer.

Swindon are fifth in the table, ahead of sixth-place Yeovil on goal difference, and are five points off the automatic promotion places.