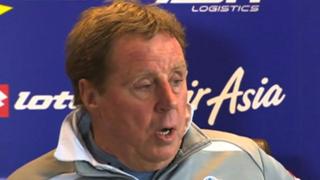 Former Swindon manager Di Canio takes over from Martin O'Neill, but the Italian has come under scrutiny due to his previous statements on fascism.

But Redknapp, who managed Di Canio at West Ham, criticises "all the dirt" that has been "dug up on him" - and says he would love the Italian to do well at Sunderland.