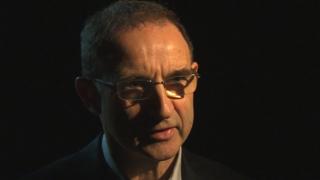 O'Neill on Black Cats and dinosaurs

Martin O'Neill believes he should not have been sacked by Sunderland after "saving the club" when it was "on its knees".

The Northern Irishman was fired after a run of poor results, with Paolo Di Canio being appointed soon after.

Speaking to BBC Sport's Pat Murphy, O'Neill says he was "disappointed" with the club's decision, but was not surprised as "very little shocks you" in football. He added he hopes to return to club management by confirming there was a sense of unfinished business.