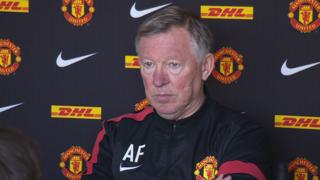 City manager Roberto Mancini says his side "do not deserve to stay 15 points behind" United whilst new Reading boss Nigel Adkins praises the Southampton players as he prepares to face the team who sacked him.

Tottenham boss Andre Villas-Boas says his team need to "be strong and confident" as they play Everton, Harry Redknapp targets five wins to keep QPR in the Premier League and Paul Lambert sets his sights on his Villa side catching Stoke, their opponents this weekend.