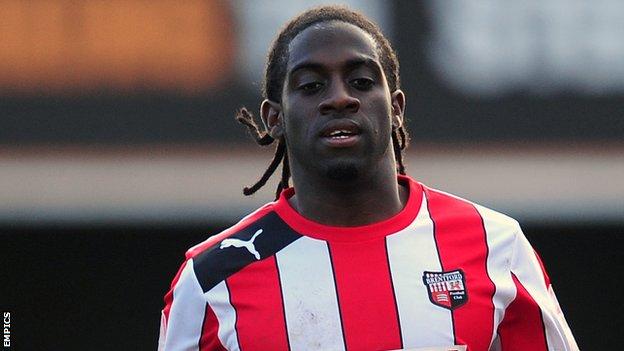 Clayton Donaldson's dramatic late winner boosted Brentford's chances of automatic promotion as they came from behind to beat Portsmouth.

A sublime finish from David Connolly and a 30-yard strike from Shaun Cooper had put Portsmouth ahead after Wright-Phillips' opener.

The win leaves the Bees third in League One, two points behind Bournemouth.

And Uwe Rosler's men, who have three matches to play, also have a game in hand on the Cherries.

"It's professional football - if you can't keep the lead with 10 minutes to go then that happens. Up to that point we were defending magnificently well and then we gave the ball away too much.

"You look at how many goals we've conceded recently - that's come right out of the blue. I felt up until the 80th minute we were dealing with the majority of things they put in the box.

"I'm really disappointed because we came here, they're going for promotion, and we gave them a real game today."