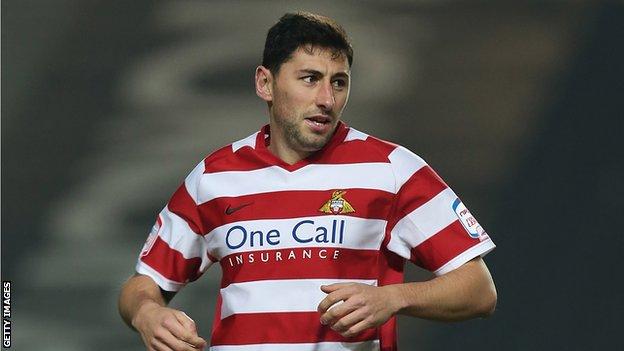 Doncaster remain top of League One after substitute Billy Paynter's double turned around a 1-0 deficit at Crewe.

The home side went ahead as Chuks Aneke picked out Johnstone's Paint Trophy final hero Max Clayton, who finished perfectly into the far corner.

Crewe keeper Alan Martin was superb but could do nothing when Paynter drilled in from 20 yards and then rifled home Jamie McCombe's flick on minutes later.

"That's a pivotal win today. We can't expect others to do us favours, we've got to think they're going to win all their games and we've got to do the same.

"It's a crazy and silly game because our play was littered with mistakes, certainly in the second half, but a lot of hard work and a lot of desire to improve the situation paid off for us.

"The squad as a whole believe they can win when they go behind and we've shown that again today.