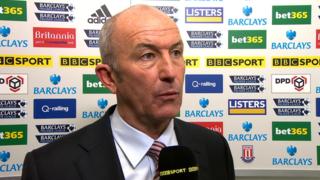 The defeat extended Stoke's run without a league win to six matches.