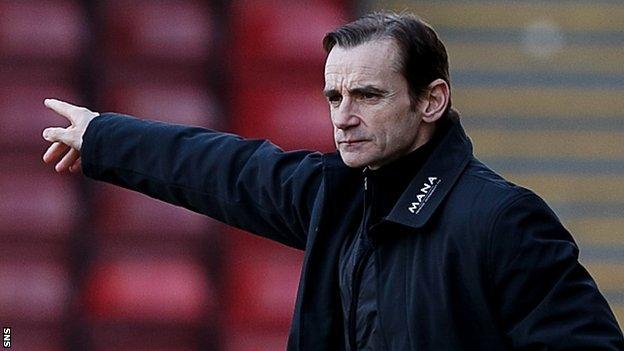 "I always look forward to Motherwell games. Both sides always try to play in the proper manner, and that's always good for Scottish football."

Lennon also expressed delight at the quality of football on display, as both sides put on an attacking show which entertained fans.

"Both sides didn't let us down," he said. "They're always entertaining games between us and Motherwell.

"There was some fantastic football on a difficult, dry pitch.

"I thought both sets of fans were thoroughly entertained. There were 29 attempts at goal today and four fantastic goals.

"They're a very good attacking side Motherwell, they score a lot of goals.

"They're a good side in good form and they've shown a level of consistency, and that's why they're sitting second in the table."

Lennon insisted that, despite his side sitting 11th in the Scottish Premier League table, he has set his players the target of finishing top of the bottom half with the division now splitting in two.

"We want to finish top of the six but I'm sure the rest of them will be the same, and I'm sure [bottom side] Dundee won't have given up either."