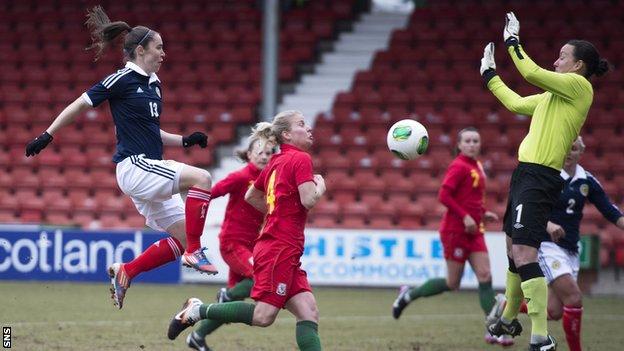 Jane Ross lifted the ball past goalkeeper Nicola Davies to give the hosts a fifth-minute advantage.

Emma Mitchell slid home Scotland's second midway through the second half and it proved to be enough to secure victory for Anna Signeul's side.