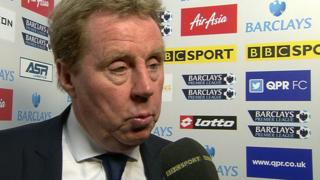 French international Loic Remy had scored a break-away goal for Rangers in a game where they were reduced to ten men following Bobby Zamora's first-half dismissal for a "reckless" challenge on Wigan's Jordi Gomez.