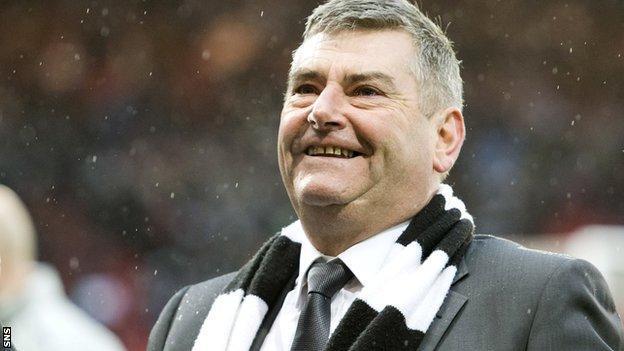 St Mirren say they will vote against proposals to change Scotland's league structure in time for next season.

However, BBC Scotland has learned Ross County also plan to vote against it.

The Paisley club said the plan did not "move the game forward" nor was it "fair" on supporters.

Outlining their opposition to the plan, the Paisley club said: "The concept of playing 22 games prior to breaking into three leagues of eight, including the middle eight losing their points gained in the first series of games, is not a system we see as taking the game forward in the long term.

"You will be aware that other countries have tried this system and have since rejected such a set up.

We have to listen to what fans are telling us, and they want larger leagues

"We also feel that this system is not fair to fans who buy into their club by way of a season ticket, who are then unsure of what they are purchasing.

"It is also against the basic wishes of the fans for larger leagues as highlighted in all recent fan surveys.

"In the proposed rules the voting structure is remaining, in all items that are of importance, an 11-1 vote. In our opinion, this is fundamentally wrong in any structure and is the principle reason why Scottish League Football has not been able to restructure prior to this time, a view St Mirren have held for some time."

Gilmour added: "We fundamentally disagree with what we call 'big ticket items' like the league reconstruction formula.

"Also, the 11-1 voting structure hasn't been properly sorted and that's a huge thing.

"We want one league body; an all-through distribution model but we have to listen to what fans are telling us. And they want larger leagues.

"I hope we can get back round the table and I think we've tried to rush this."