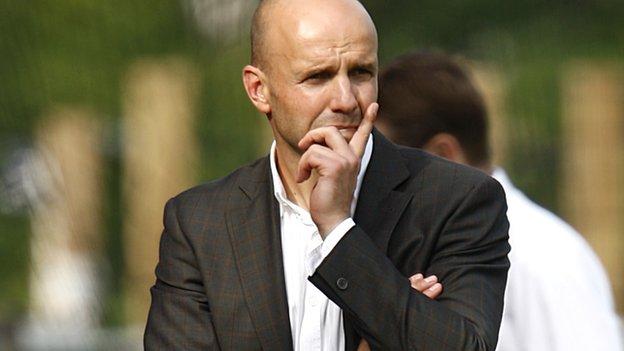 Exeter City boss Paul Tisdale believes the play-offs will not be decided until the final match of the season.

The Grecians lost 1-0 to Dagenham and Redbridge on Saturday - their third loss in a row - to leave them seventh in League Two.

"You have days where you think you've made it but you haven't, it will go to the last day I'm sure," the Exeter boss said.

"There's been a lot of effort but it's just been a very bad week."

Exeter now find themselves one place ahead of eighth-placed Bradford who have a game in hand, and with their future no longer in their own hands.

"We've got injuries but we can't worry too much about those missing, the players fit and available have to be primed the best way they can for the next game," he added.

"The biggest disappointment for me was losing the lead last Monday [against Rochdale], but it's on to the next one as that's the only thing we can do."