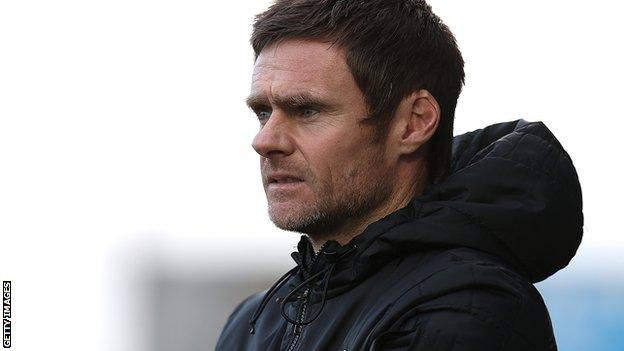 The gap between Fleetwood and Exeter, who lie seventh, remains three points.

But with games running out for his team, Alexander was

"For me, it's the worst [performance] I've seen for 10 years," he told BBC Radio Lancashire."My job now is to make sure that it never ever happens again."

The ex-Scotland international continued: "If you're serious about your job and about what you want to do with your life, you can't go from the performances we had last week against Gillingham and Southend to that in the space of five days.

I apologise to everyone involved with Fleetwood because I'm embarrassed

"There's something drastically wrong and we're going to search for the answers. We know some of them, but we will get to the bottom of it. That was not acceptable.

"I apologise to everyone involved with Fleetwood because I'm embarrassed. I'm the manager so I'm responsible for that and I'll apologise on behalf of everyone in the changing room."

Alexander, who replaced Micky Mellon as manager in December, said before the match that his side and sneak into the play-offs.

A number of Fleetwood's nearest challengers have at least one extra game to play before the end of the campaign.