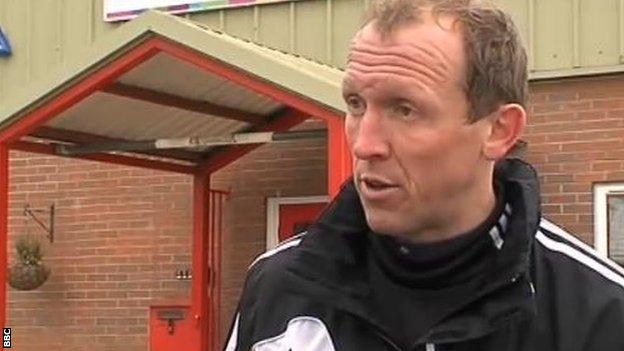 Wrexham player-manager Andy Morrell says he will rotate his squad to ensure everyone will be fit for the Blue Square Bet Premier play-offs.

A win against Cambridge United would secure Wrexham a play-off spot.

"It's important we get over that line but we also make sure we've got our best team available for the last game of the season," Morrell said.

"We might need to just freshen the pack and give a go to some of the young lads that have been on the fringes and have done well when they've come in."

Wrexham's injury crisis shows no signs of easing ahead of their meeting with Cambridge United and Morrell will be without defenders Chris Westwood, Martin Riley and Dave Artell.

Westwood failed to recover from a knock sustained in the win against Mansfield and remains doubtful, while Riley has been hampered by a knee problem.

Captain Dean Keates, who has been struggling with a foot injury and has had to have injections so he can play, is also a major doubt.

Wrexham are 11 points adrift of league leaders Kidderminster, in third place with two games in hand, but Morrell is now looking ahead to the play-offs.

"We're virtually there but Forest Green need to win all their games which is going to be tough," Morrell added.

"We need another point or a win from the next four games to get us in there but it's important we have one eye on that [the play-offs] now."