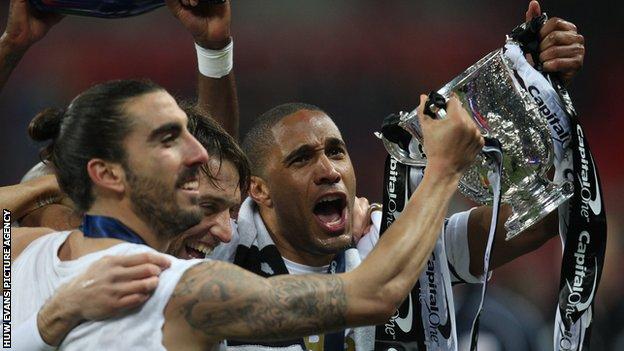 Swansea City have announced a record profit of £15.9m for the six months up to the end of November 2012.

The sale of Joe Allen to Liverpool and Scott Sinclair to Manchester City contributed to an increased profit of almost £10m on the same period in 2011.

But the club have made a profit ever since joining the Premier League, and are building towards the future.

They have submitted plans to increase the capacity of the council-owned Liberty Stadium home from 20,500 to 32,000, and work is underway for a new training facility on land acquired on lease from Swansea University.

A new shirt sponsorship deal will be announced shortly, after coming to an agreement to end their contract with current sponsors, online casino company 32Red, a year early.

Swansea finance director Don Keefe said: "The funds generated by the profit are invaluable bearing in mind the extent of finance needed, not only to maintain Premier League status, but for the expansion of capacity in the Liberty Stadium and the development of appropriate training facilities of a standard befitting a Premier League club."

Swansea's success on the field also continues having won the Capital One Cup this season and securing their top-flight status for another season.

The club hope to sign as many as six new players next season as they look to strengthen the squad under manager Michael Laudrup.