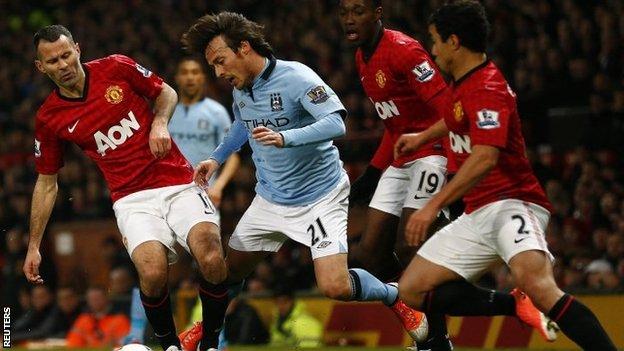 Manchester City midfielder David Silva is a doubt for Sunday's FA Cup semi-final against Chelsea at Wembley with a hamstring injury.

Silva, 27, picked up the problem late on during the

Manager Roberto Mancini said: "Maybe it is not so bad but I don't think he will be ready for Chelsea.

"I think it will be a different game, it is a semi-final. Chelsea are in a good moment, they are playing well."

City cut the gap at the top of the table to leaders Manchester United to 12 points with their win at Old Trafford and can book a place in the FA Cup final for a second time in three seasons with a win on Sunday.

Mancini said: "It will be a good game against Chelsea, probably, but it will be different.

"Semi-finals are different from championship games."