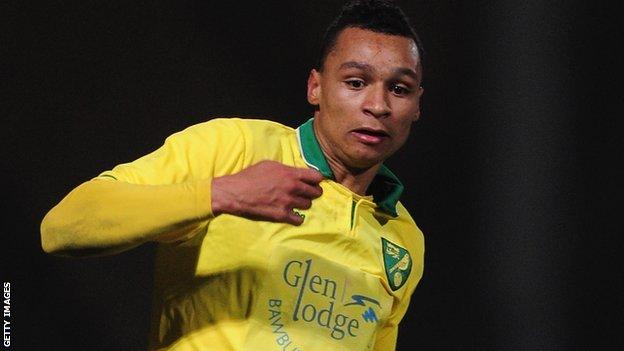 Norwich City Under-18s boss Neil Adams has set his sights on bringing the FA Youth Cup to Carrow Road for the first time in 30 years.

The Canaries play the first leg of their semi-final at Nottingham Forest on Wednesday.

"We've done fantastically well to get this stage but we want to win the semi-final and then win the final as well," Adams told BBC Radio Norfolk.

"There's a lot of good teams in between that so we have to focus."

He added: "It's massive, it's the biggest youth competition in the country.

"Every club wants to win it. A lot of clubs say results aren't important and we subscribe to that as well. But in the cup results are important, you want to get as far as possible."

City beat Everton 4-2 at Goodison Park in the quarter-finals, with Carlton Morris scoring a hat-trick and twin brothers Josh and Jacob Murphy putting in stand-out performances.

The 18-year-old siblings, who signed professional deals in January, have already featured at international level for the England Under-19s.

"They've signed pro contracts because they are special talents," said Adams, who played more than 200 games for Norwich between 1994 and 1999.

"Carlton Morris was absolutely fantastic at Goodison Park. But those three would tell you there are another 12 players in the squad who they can't do it without."

Norwich host Forest in the return leg on Tuesday, 16 April, with the winner facing either Liverpool or Chelsea.