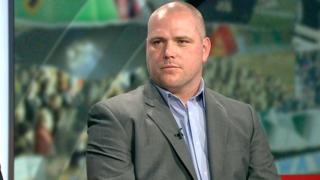 Jim Bentley tells BBC Late Kick Off North West that he is enjoying the challenge of managing Morecambe, as he strives against the odds to make them a competitive League Two outfit.

Bentley is approaching the end of his second season in charge of the Shrimps and, against a backdrop of a comparatively small budget and low attendances at the Globe Arena, he looks set to guide the Lancashire club to a second consecutive mid-table finish.

The 8 April edition of Late Kick Off North West is available now on the BBC iPlayer.