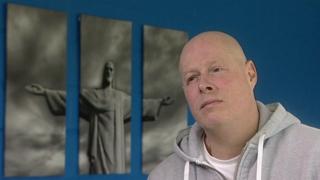 From prison to the pulpit

BBC Late Kick Off South, South West and West speak to Dave Jeal, who was transformed from football hooligan to club chaplain.

Bristol Rovers fan Jeal was banned from the Memorial Stadium because of his behaviour and found himself imprisoned for hooliganism during England's Euro 92 campaign in Sweden.

He has since turned his life around and found solace in the church.