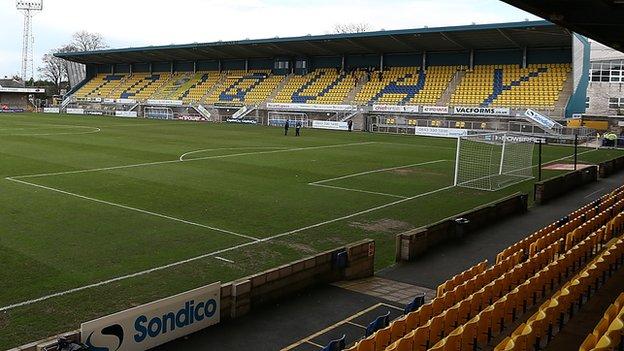 Torquay United have announced that Thea Bristow is to take over as chairwoman of the relegation-threatened League Two club with immediate effect.

She succeeds Simon Baker, who is stepping down to become vice-chairman.

"It is my job to be a good spokesman and ambassador for the club, playing my part in our future success, starting with a win against Barnet," she said.

"Stats were never my thing and it is the simple stat of winning games that we all must concentrate on now."

A club statement read: "It goes without saying that the immediate priority for Thea and everyone else connected with Torquay United is supporting manager Alan Knill and the players in every way possible as we fight against relegation.

"Saturday's home game with Barnet is a massive occasion and a massive opportunity to rediscover our form at this crucial stage of the season."