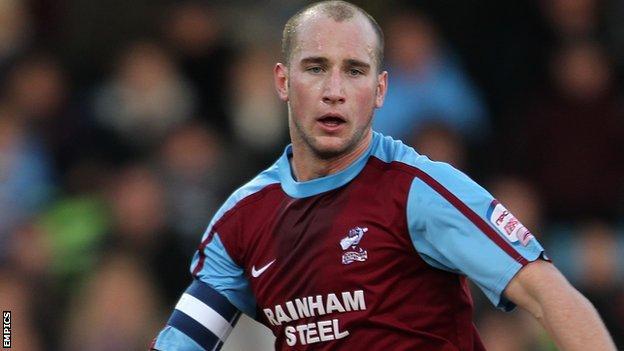 Scunthorpe defender David Mirfin says the side owe it to their fans to keep believing they can climb away from the League One relegation zone.

The Iron are level on points with 20th-placed Oldham but have played a game more than the Latics.

He told BBC Radio Humberside: "It's up to the experienced players to make sure we don't just accept it's over.

"The minimum we can do, especially for the fans, is keep trying until it is out of our hands."

He added: "There's still 12 points to play for and the manager won't let us get our heads down.

"We have to take belief from the week where we won three home games that we can win three of our last four.

"I don't think there is a massive margin between any of the teams in the league which makes our position even more frustrating."

Brian Laws' side have lost six of their last seven matches and face high-flying Walsall, who are unbeaten in 13, at Glanford Park on Saturday.