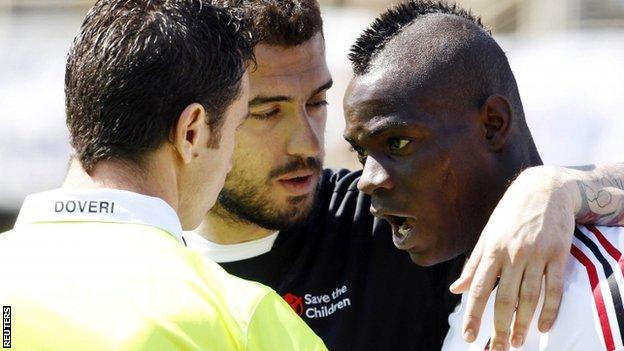 AC Milan's Mario Balotelli has been suspended for the next three Serie A games for insulting a match official during the clash against Fiorentina.

The 22-year-old had already picked up a one-match suspension after being shown his fourth yellow of the season in the 2-2 draw.

The forward then insulted one of the referee's assistants at the end of the game and had his suspension increased.

He will miss the matches against Napoli, Juventus and Catania.

The former Manchester City man was recently fined by his club after he was caught smoking in a train toilet.

Milan are third in the table, four points behind Napoli, who are currently sitting in the second automatic Champions League spot.