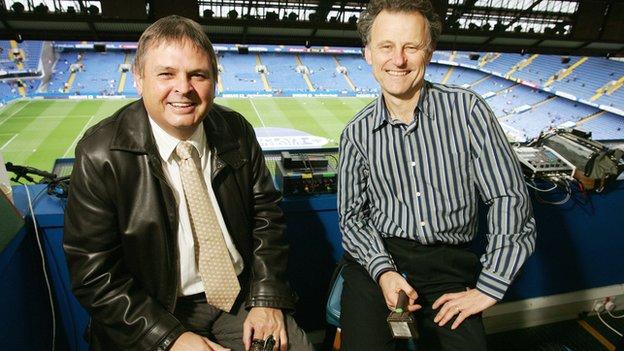 The BBC has extended its radio contract for live coverage of Premier League matches for a further three seasons.

Its four existing packages of rights - kick-offs at Saturday lunchtime, first choice of Saturday's 15:00 kick-offs, Sunday at 16:00 and Monday/Tuesday evenings - have been retained until 2015-16.

BBC director of sport Barbara Slater said: "Radio 5 live remains the home of live football on the radio, with more FA Premier League matches than any other broadcaster."

She added: "The contract extension reinforces the BBC's commitment to securing premium radio rights for the long-term, despite a competitive market.

"Comprehensive coverage of football on Radio 5 live is a key part of our audience offering and a driving force behind the continued integration of our football service.

"Above all else, the new deal is a tribute to the enduring popularity of our radio commentaries and the excellence of our football journalism."

Premier League director of sales and marketing Richard Masters said: "The Barclays Premier League live radio commentary rights are important to ensuring a huge number of fans can follow the League and their club."