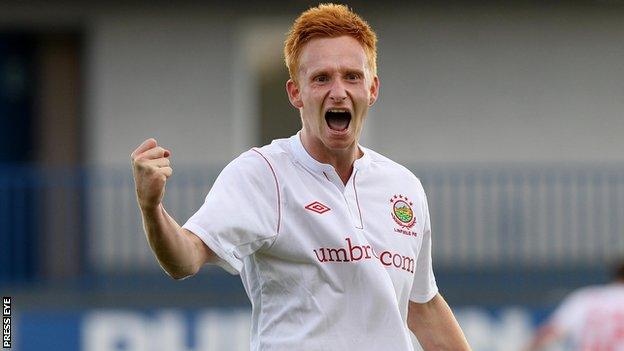 The loan deal runs to the end of the Canadian season in November, when Linfield will review the situation.

"His talent, efforts and commitment have been very much appreciated by us all," said Blues boss David Jeffrey.

"Robert has made a very significant contribution to the high level of success the club has attained in recent years," Jeffrey told the club website.

"We would all like to wish him every success in this next stage of his footballing career."

The 24-year-old, who signed for Linfield in 2008, played for Stoke City and had a loan spell at Wrexham.

Garrett, who travels to Canada on Friday, is not in the Linfield squad for Wednesday night's friendly against Rangers at Ibrox.